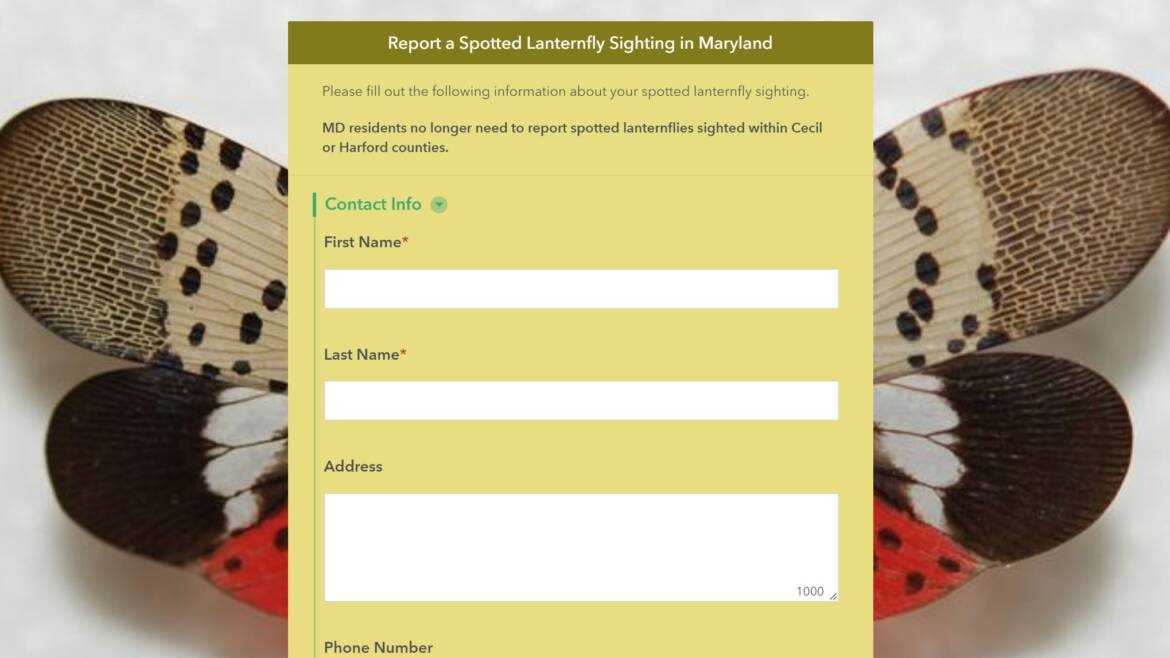 Invasion of the Spotted Lanternfly   (photos by Maryland Department of Agriculture)

Fall has swept into the valley on cool breezes. The crisp air is a welcome change from the heat and humidity of summer.  The first frost and freeze of Fall are usually greeted with some trepidation as they strongly signal the coming of winter.  However, this Fall, and likely all future Falls for the foreseeable future, these hard cold snaps may be welcome as they will result in a seasonal end to the encroachment of the spotted lanternfly.

Reports of spotted lanternfly sightings have been on the rise in the park and throughout central Baltimore County.   During the recent Autumn Migration Celebration, the hawk watch crew was witness to a continuous flight of lanternflies over the park.  Their fluttering flight pattern and bold red flight wings could be identified at surprising heights.  Until this Fall, I had not experienced this type of dispersal flight of the lanternfly.

Though they look like moths or butterflies, they are actually leaf hoppers and they seem to prefer walking to flying during the early stages of their adult form.  They will leap and flutter to escape danger but appeared less inclined toward long flights.  It seems, however, that once fully mature and possibly after having mated, long flights become part of their invasion plan. 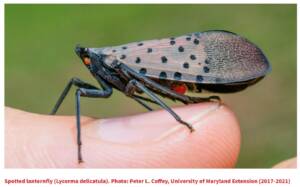 The spotted lanternfly is a beautiful creature, if taken in moderation and in its native lands. When sitting, the closed wings are a pale gray/tan with black spots across the upper two-thirds. The lower third of the wing is finely marked with black blocking.  Surprisingly, when sitting with wings closed, they are well camouflaged against the ground or tree trunk. Equally surprising is the commotion of color that erupts when they take to flight, flashing a bright underwing that is patterned with red, black and white.  The lanternfly’s quick, leaping take-off and the bright flash of color combine to leave would be predators, including humans’ intent on squishing them, startled just long enough for the lanternfly to escape.  When they land a few feet away and close their wings they seem to vanish into the background.

Spotted lanternflies are not so much a threat to human health as they are a threat to landscaping and vineyards and orchards.  In addition to having preference for tree-of-Heaven, they feed heavily on a variety of trees including maples, walnuts, birch, willow, fruit trees and grapevines.  Their feeding can severely weaken the plant and can sometimes cause its death.

From the category of added nuisance, when the lanternfly feeds it excretes substantial amounts of honeydew, otherwise known as bug poop.  This sugary substance drips down and builds-up on cars, outdoor furniture, plants, and anything else under an impacted tree.  The honeydew attracts wasps, ants and other insects and can also promote growth of sooty mold, which is not only messy but can coat leaves, blocking photosynthesis and reducing the health of impacted plants.

The spotted lanternfly is not without predators.  Many species of birds include blue jays, tufted titmice, catbirds, and chickens have been reported eating lanternflies and/or their larva.   Garter snakes, green frogs, bats, and squirrels are also on the list of reported predators.  Insect predators include yellow jackets, wheel bugs, spiders and praying mantis.  Since most of the praying mantis that we encounter are of Asian descent, it makes sense that they would be adapted to feeding on the lanternfly.  While not substantiated, it may be possible that the lanternflies that feed on their preferred tree-of-Heaven are able to create bitter compounds from the tree’s sap that will make them less palatable to predators.  Unfortunately to date, the expansion of the lanternfly population has outstripped the ability of predators to control them.

First discovered in southeast Pennsylvania in 2014, they have quickly spread across the region.    The bulk of the initial population spread was toward the north and east of their original colonization point but now they seem to be radiating out in all directions.  They were first encountered in Maryland in Cecil County but have been slowly spreading west and have now colonized much of central Maryland. 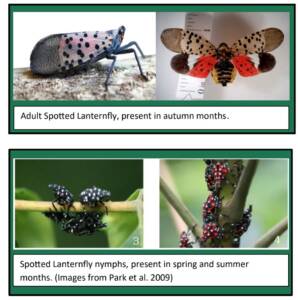 The lanternflies have five life stages from egg to adult. The early stages of the insect are small and incapable of flight.   These early stages look like weevils or snout beetles. During the first three life stages, occurring from May-July, the lanternflies are black with white spots.  The fourth stage occurs from July-September when the color changes to red and black with white spots.  This stage develops into the winged adult.

The adult stage develops in late summer and early fall and lays eggs that overwinter and hatch in the spring.  The acts of killing adults and removing egg masses is very helpful in the control of lanternfly populations.  Females prefer to lay their egg masses, which look like a splotch of mud, on Tree-of-Heaven but will use any vertical surface. To successfully remove and destroy the egg mass, one should scrape it into a jar of rubbing alcohol. Just scraping the eggs from a surface is not enough to kill them.

Now is the time to be vigilant and seek out any adults or egg masses and destroy them.  Though the spread of the lanternfly may not be as consequential as the gypsy moth or the emerald ash borer, they certainly are an incredible nuisance, and their populations seem to explode overnight once established.    More information can be found at the Maryland Extension Service website – 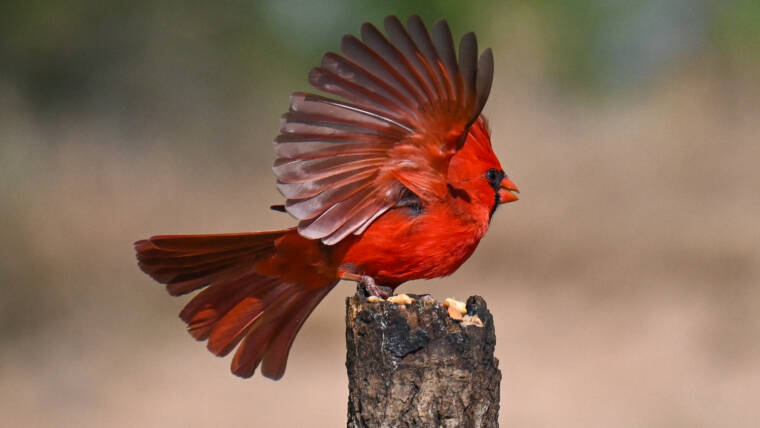 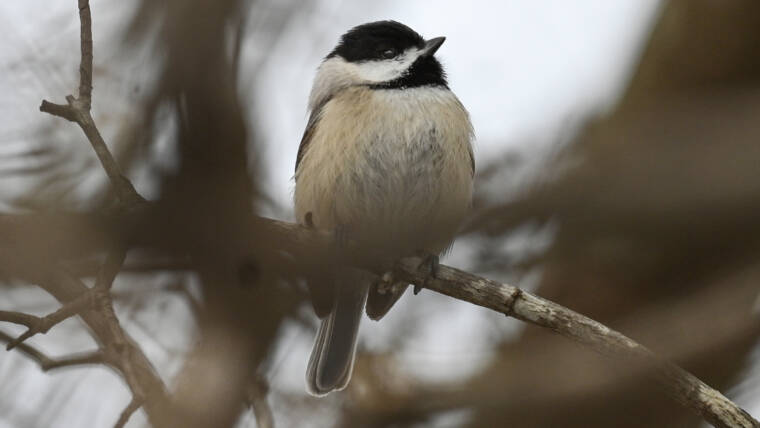