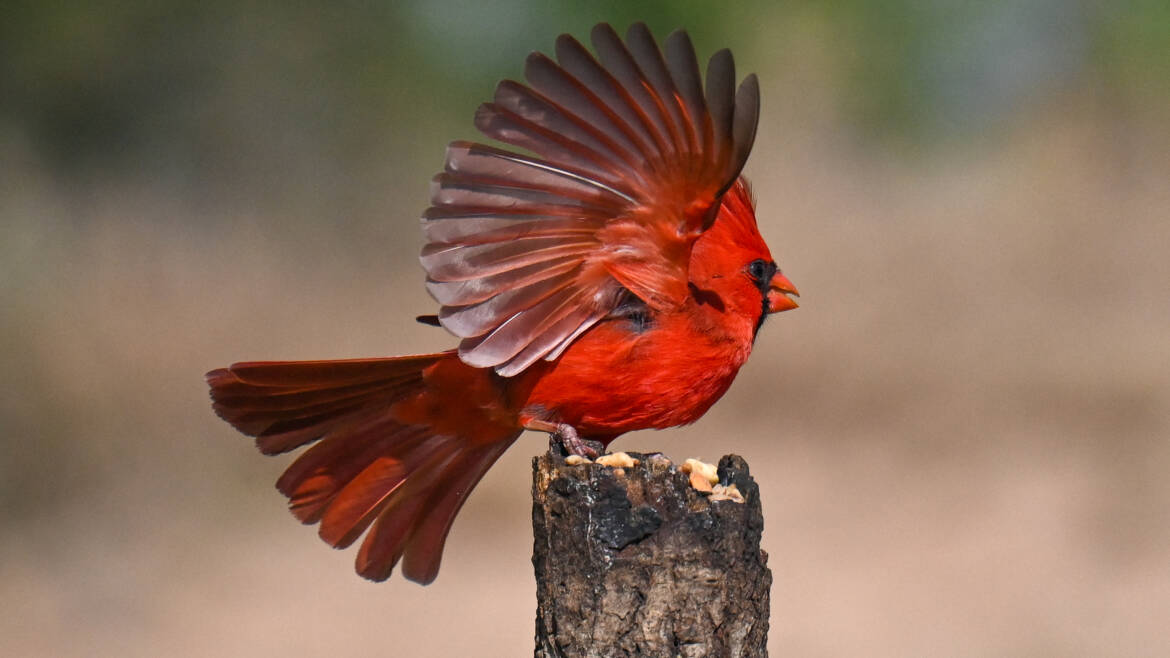 Mid-April and the early spring weather is still bouncing between warm/sunny spring-like days to cool/ rainy reminders of winter.  Despite the inconsistency of the weather, the progress of the season continues to move forward.  All throughout the park wildlife is readying to produce the next generation. 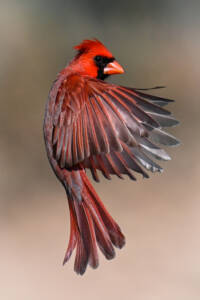 “Birdie, birdie, birdie” calls a male cardinal from its perch.  Its bold red plumage   is unmistakable, at least at this time of year.  Later in the season scarlet   tanagers, with their glossy red bodies and jet-black wings, will take up residence in the deep forest environs of the park.  Living high in the forest  canopy the scarlet tanager, though so boldly colored, is often heard more  often than seen.   Cardinals, which are more frequently found along forest  edges and lawn areas within the park, do occasionally venture into the depths of the forest where they could cross paths with the scarlet tanager.

Another red bird that can be seen in the Park is the summer tanager.  The summer tanager, which prefers habitat similar to the cardinal, it is entirely red, lacking the black face patch and crest of the cardinal and the black wings of its cousin the scarlet tanager.   With only 3 reported sightings of this tanager, all come during mid-May during the peak of the warbler migration, this species is a very unusual visitor to the park.

“Birdie, birdie, birdie”. The male cardinal is staking out its territory, calling repeatedly from its perch on a branch of a box elder.  The light green leaves of the tree are just pushing out, creating clouds of color where just a week ago was nothing but brown and gray stems.  High overhead the tulip poplar leaves are pushing out as well, the forest canopy is beginning to take shape.

“Birdie, birdie, birdie” rings out again and then is echoed down the valley as several male cardinals call 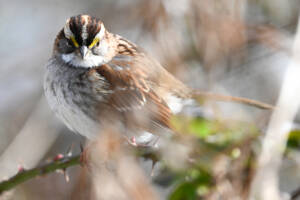 and respond defining unseen boundaries within the park.   In the underbrush below, a flock of boldly colored white-throated sparrows hop and pick among the old leaf litter and newly emerging vegetation.  The white and brown stripes on their head and their white throats are strongly contrasting and much brighter than they were throughout  the winter.  They move along in a flock, always alert for predators, searching for seeds to help build body fat to support them on their coming migration north.  Winter still has a firm hold on their breeding grounds, so they remain here on their wintering grounds, even though spring regeneration happens around them. 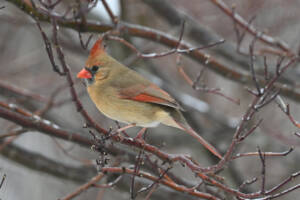 The male cardinal’s mate, a generally pale brown version of himself, moves through the underbrush. Together they are searching for a nest site.  Typically, they nest less than 15 feet from the ground in dense vines or branches.  The female calls back to the male as she searches.  She periodically selects a twig or piece of grass and holds it in her beak as she searches.  This is a symbolic gesture that helps cement her bond with her mate.

When a suitable nest site is found the female will construct the nest while the male defends the territory against other cardinal intruders. Depending on the landscape, food supply and population, a cardinal pair may defend 1-6 acres of territory. Though strongly territorial, the cardinals are not disturbed by other social species like chickadees,  tufted titmice and nuthatches that share the same habitat.

“Birdie, birdie, birdie” the female calls, and the male looks on.  She has found a suitable nest site and begins to construct a nest in the crotch of a small sassafras tree that is cloaked in Japanese honeysuckle.  The vines will provide valuable cover to shield the nest from the ever-present eyes of nest predators and nest parasites.  She collects twigs from the ground and wedges them into place.  She will soften them with her beak to make them pliable and wind them into the foundation of the nest.   Eventually the nest will be constructed of four layers that include the twiggy foundation that is covered by a leafy layer that is covered by grapevine bark and then finely lined with grasses, pine needles and other soft bits of vegetation.  It will take the female a week or more to construct the tidy nest. 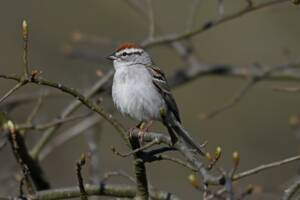 A loud trill sings out from the edge of the forest along the nearby meadow.  This is the call of a chipping sparrow that recently returned to the park from its southern wintering grounds.  Unlike the sexually dimorphic cardinal, the male and female chipping sparrow share the same appearance.  Their bright rusty cap and the black/white pattern around the eye are distinctive, though field and tree sparrows share some common field marks.  Chipping sparrows are quite common in the Park, preferring open fields with scattered trees.  They construct grass-based nests that can often be found in the evergreens scattered on the hillside below the hawk watch.  Their nests are built much more quickly than the cardinals, a fact that is reflected in the flimsy nature of the construction. 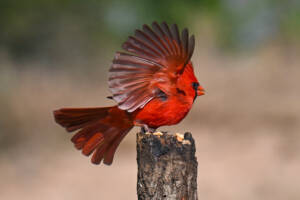 “Birdie, birdie, birdie” the calls continue to ring out through the valley as males stand watch over their territory and females discreetly construct their nests.  Soon this first step of the process will be complete and egg laying and raising of young will begin.

“Old Sam Peabody, Peabody, Peabody” calls out from the underbrush as the rushing advance of the season is starting to take hold in the white-throated sparrows.  Soon they will leave the park to chase the spring season north and begin the process of raising their next generation. 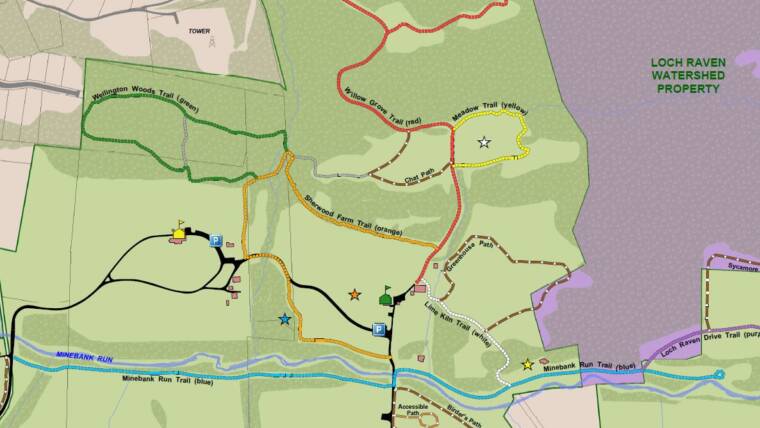